A Corn Soup for Mid-Summer 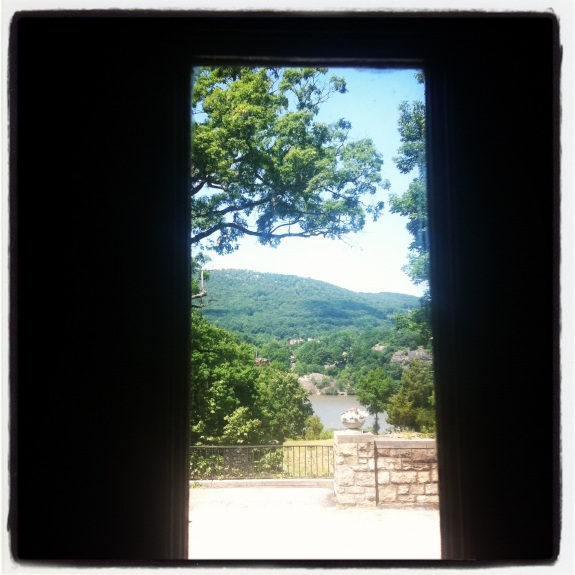 “How can it be described? How can any of it be described? The trip and the story of the trip are always two different things. The narrator is the one who has stayed home, but then, afterward, presses her mouth upon the traveler’s mouth, in order to make the mouth work, to make the mouth say, say, say. One cannot go to a place and speak of it; one cannot both see and say, not really. One can go, and upon returning make a lot of hand motions and indications with the arms. The mouth itself, working at the speed of light, at the eye’s instructions, is necessarily struck still; so fast, so much to report, it hangs open and dumb as a gutted bell. All that unsayable life! That’s where the narrator comes in. The narrator comes with her kisses and mimicry and tidying up. The narrator comes and makes a slow, fake song of the mouth’s eager devastation.”

– “People Like That Are the Only People Here,” Lorrie Moore (via).

How do you describe an experience that had you packing your things, and taking a train up the Hudson towards a former monastery overlooking the river? Is it possible to describe the way you felt the city, and your worries, peel away from your skin as the train glided along the river’s edges, the water so close, shimmering with the sun’s last rays? 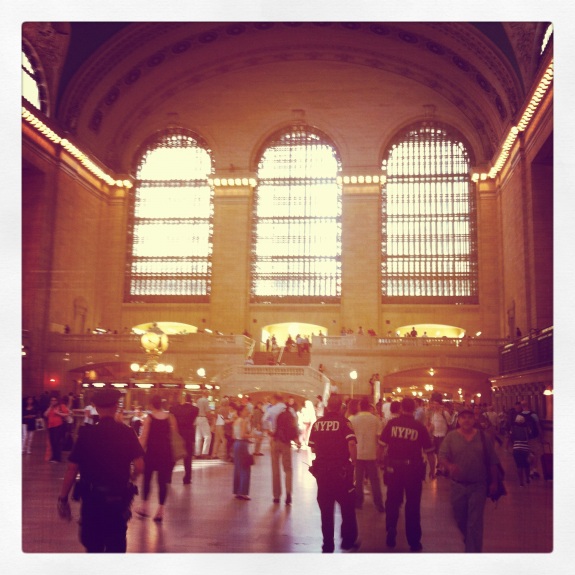 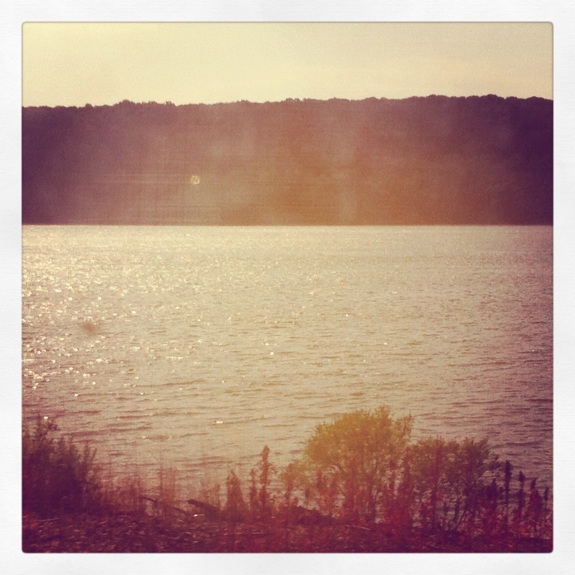 I had chanced upon a mention of this retreat, and my heart had pulled so wildly, tugging at me like a little child pulling its mother’s hand. I’ve fallen out of practice in following my heart, but this time it spoke loudly, and I listened. 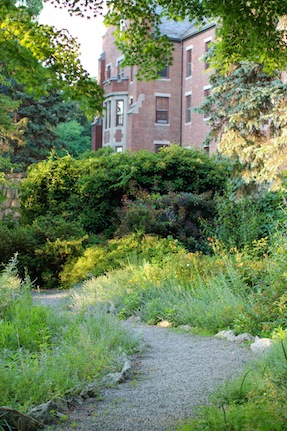 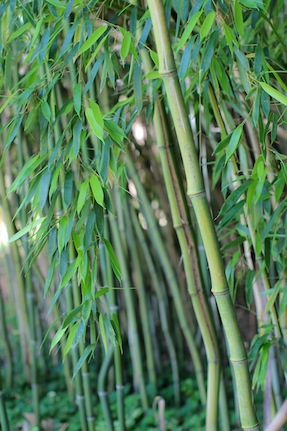 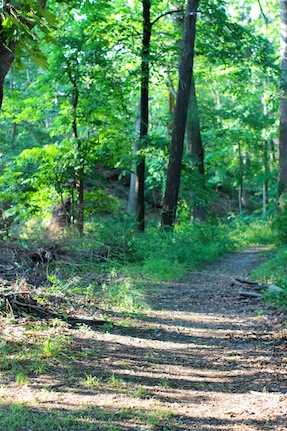 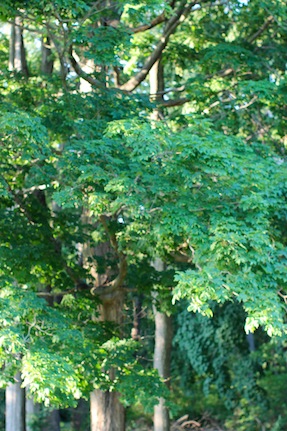 Which is how I found myself, a few weeks ago, pulling out of Grand Central Station, my heart growing lighter as we inched upwards into the countryside. A short drive through winding country roads, and I arrived at the Garrison Institute, perched on a bluff overlooking the Hudson. One step into the grand, stately building, and I could feel its thick walls insulating me from my everyday life, and imposing time for quiet reflection. We had photography and writing workshops, and yoga lessons, and plenty of time for walking in the lush, vast grounds, amidst herb gardens, labyrinths, bamboo forests, and winding paths overlooking the river. The heat was overpowering during the day, but the beauty of the natural surroundings pulled us out repeatedly. At night, darkness descended like a thick cloak, unpierced by street lights, and building lights, and all of the noise of the city, and we wandered along paths stretching out beneath towering trees, their branches reaching towards the earth, the air above our heads humming with fireflies. 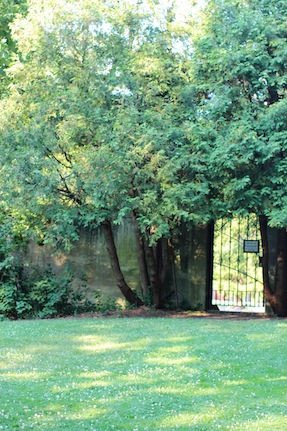 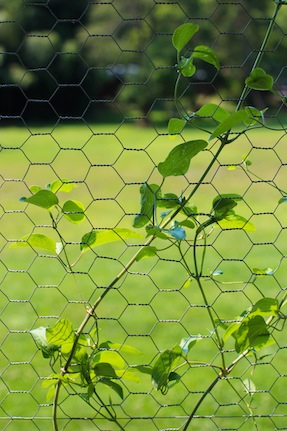 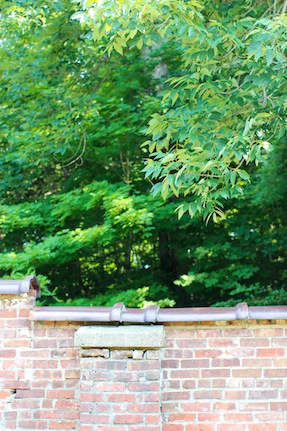 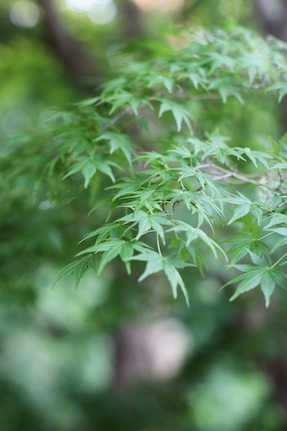 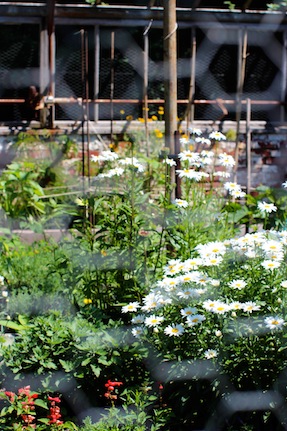 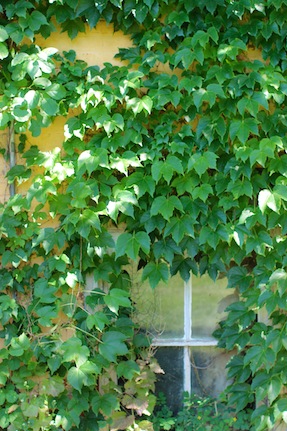 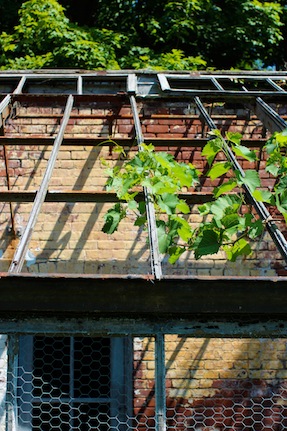 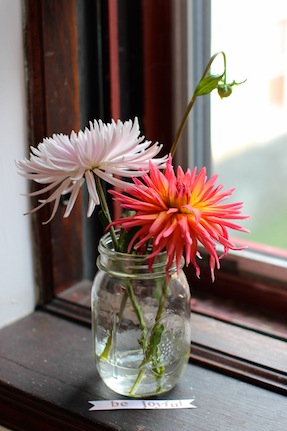 There were small flower arrangements waiting on windowsills, little trinkets and messages everywhere; a sense that everything was being taken care of, and that, after a little hesitation, you could close your eyes and fall backwards, and be caught by this soft, gentle, thickly padded net. And in the hallways, other women: letting go, easing into this. 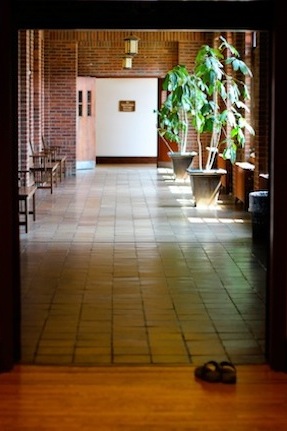 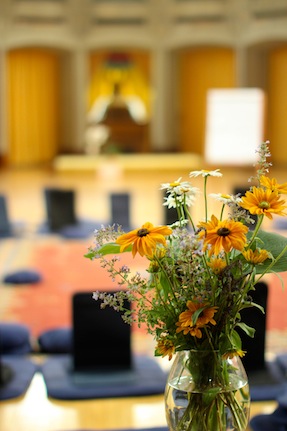 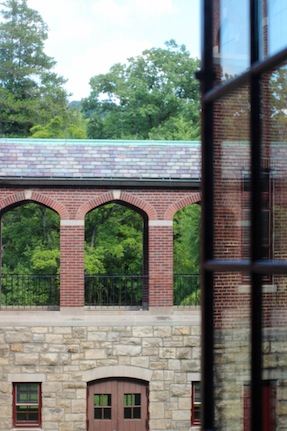 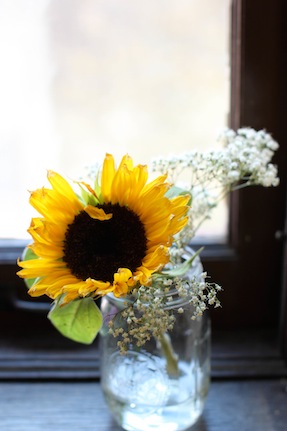 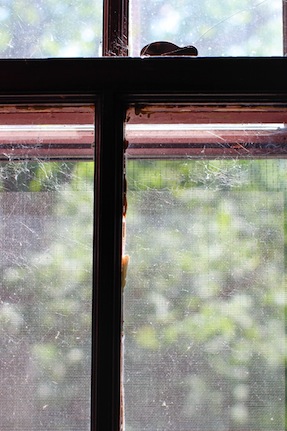 At meal times, we gathered around long wooden tables in a large dining room flooded with light. The meals were vegetarian and the ingredients local and fresh, and each meal featured healthy, inventive dishes. There were big coolers of chilled mint tea and treats such as cheddar scones, oatmeal cookies and thick slices of carrot cake. 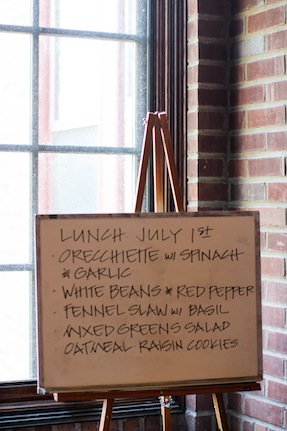 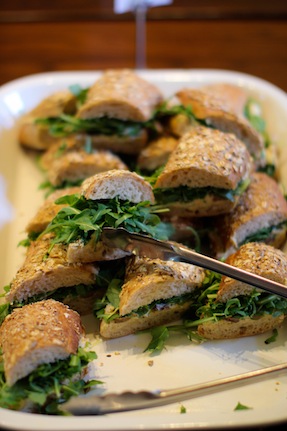 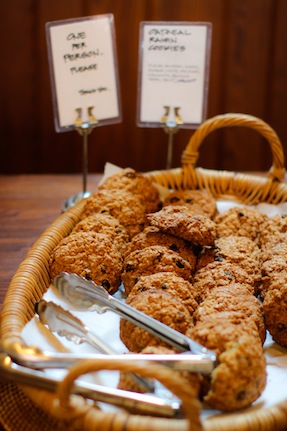 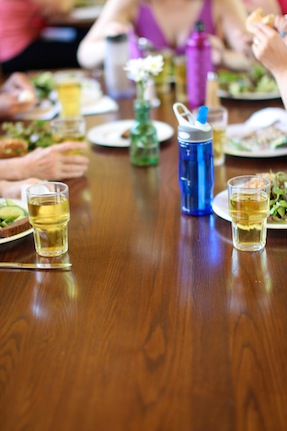 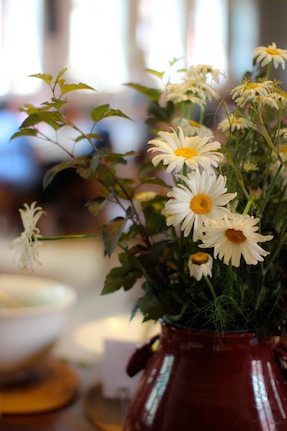 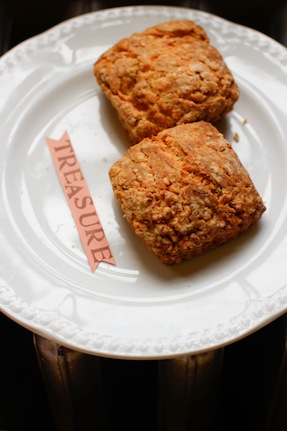 One of my favorite dishes was a corn soup- a pale yellow affair: corn, wax beans and diced potatoes mingling in a fragrant, barely opaque broth. I almost didn’t try it, seeing as the building didn’t have airconditioning, and it was so hot, that the last thing I wanted was soup. But as I sat down at one of the long communal tables, everyone was sighing over the soup, so I got back up and served myself a bowl. Topped with fresh basil and scallions, and an invigorating kick of cayenne pepper, it manages to be summery, fresh and cleansing.

I made this soup yesterday, in Jerusalem, as my little brother tanned in the garden, requesting mojitos, and letting me know that summer is no time for soup. I was a little apprehensive that detached from the journey, it wouldn’t taste the same, but it shimmied right up to my taste memory, and even inspired a request for a second bowl from my little brother.

P.S. I hesitated a little with the title of this post, as I realize we are inching towards the end of summer, but it was around mid-summer when I went on this retreat, and there’s something about the soup, with its fresh corn and basil, that feels very mid-summer to me. Also, I’ll admit it: I’m in denial about September’s rapid approach. 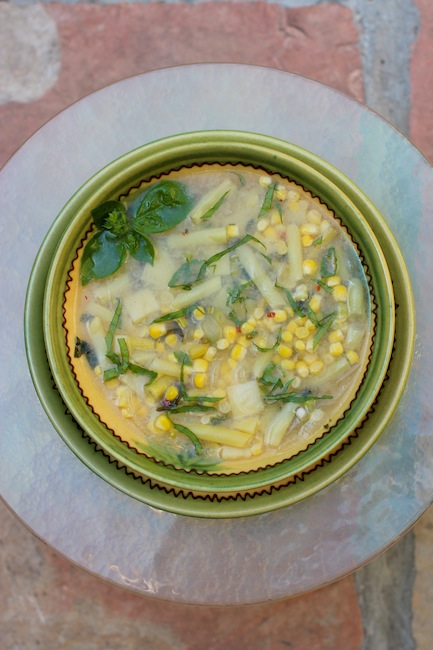 A Corn Soup for Mid-Summer

Adapted from a recipe by Fresh Company, enjoyed at the Garrison Institute.

Begin by slicing the corn from the cobs. Set aside the kernels. Place the corn cobs in a large pot and cover with 4 quarts (16 cups/ 4 liters) water; bring to a boil, and simmer for about 45 minutes. Discard the corn cobs.

Coat a pan with olive oil, and sautee the onions over medium heat until lightly caramelized. Add the garlic and cook for another few minutes.

Add the sauteed onions and garlic, and the potatoes, to the corn water, and bring to a simmer. Cook, covered, until just tender. Add the corn and cook for another 5-10 minutes. Next, add the wax beans and bring to a boil. Taste for doneness. Add the lemon juice, red pepper flakes, and season well with salt.

Right before serving, slice the basil into thin ribbons, and garnish the soup with the scallions and basil. Enjoy!